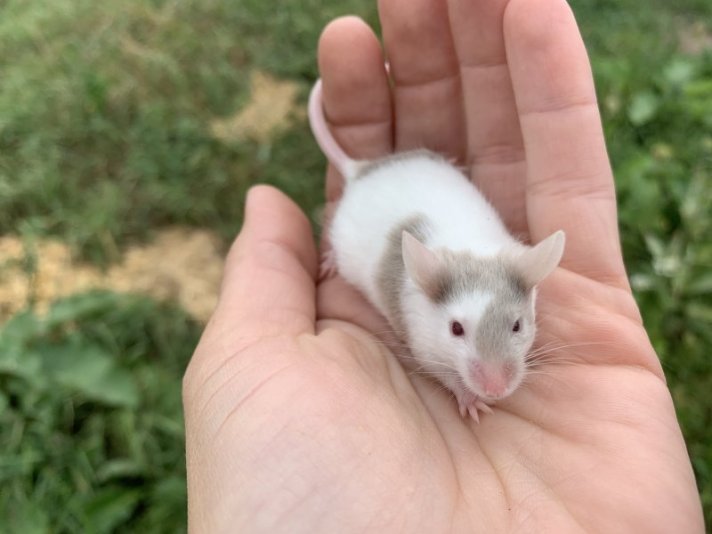 death where is thy fang

It was Vacation Bible School.  Our theme for the week was Bible Barnyard.  We took animals that were referenced in the Bible, brought them to the church and then used them as object lessons.

We cast our pearls before a guest swine who had the manners of a pig.  There was a sheep that strayed by to teach us how to follow our shepherd.  Then there was the snow-white dove that dropped in to remind us to be gentle as we make our way through this world.

The wolves were already booked elsewhere – a wedding I think – but we did have a serpent make a guest appearance.  It belonged to a member of the church.  He did a great job of teaching us to be shrewd as we interact with our world.

The kids loved the him. They reached their hands into his glass enclosure and let him thread himself through their fingers.  We became a snake handling church for the day!  He seemed safe enough.

As the session came to an end, the snake’s owner told me that the serpent was due to be fed.  She asked if the kids might like to see it.  I said “Sure.”

So, she dropped a little grey mouse into the cage.  The kids crowded around.  They connected with the cute little fuzz ball that was skittering about.  They oohed and giggled until – with lightning speed – the snake inhaled the mouse.

Half the kids were awed by it.  The other half – not so much.  There was a scream explosion.  Not just one kid – at least a half a dozen – and it was catching.  They whimpered and blubbered and sobbed and they were loud. I was ready to line up some grief counselors.

The cute, fuzzy, innocent, little mouse was swallowed whole by the cold-blooded, villainous reptile. I wanted to cry too.

The drama prompts me to think back to Calvary.  Jesus was not as cute, but many were deeply attached to Him.  He had healed the broken and ambulated the lame.  He brought the sparkle back into blinded eyes and the sound of laughter to empty ears.

He touched the diseased, welcomed the outcast and courageously defended the downtrodden.  He was admired, esteemed and cherished.

And then He was abruptly inhaled by death – and all creation screamed.

The sun was obscured by a sheer veil of darkness.  The earth trembled and shook with sorrow as her rocks shattered.  The cavernous temple was filled with the harsh sound of tearing as the massive partition curtain was rent.  A river of tears flowed down the hill of Calvary from the faithful that were huddled there.

The cross was not the way His story should have ended.  But that’s the way it was – and all creation screamed in protest.

Unlike our little mouse, however, it was His choice! -a decision that was all about us.

“Christ also loved us and gave himself for us.”  – Ephesians 5:2

“Christ loved the church and gave himself for her.”  – Ephesians 5:25

Oh, how amazing it would have been, if that little fuzz ball of a mouse could have backed out of the jaws of the serpent.  The bitter would have become better for our distraught kids.

Jesus, on the other hand, backed out of His tomb – having been truly and fully dead for 3 days.  His glorious resurrection was also all about us.  Paul wrote, “Christ was raised from the dead through the glory of the Father, so we too may live a new life.”  – Romans 6:4

Do you believe it?  It is important that you do says Paul, “If you confess with your mouth that Jesus is Lord and believe in your heart that God raised him from the dead, you will be saved.” – Romans 10:9

What does that mean “You will be saved?” It means, little mouse, that the python of death will never be able to swallow the one who belongs to Jesus.

It is the Easter season – a perfect time to confess Jesus with your mouth and believe in Jesus in your heart.

All biblical references from the NET Bible ®