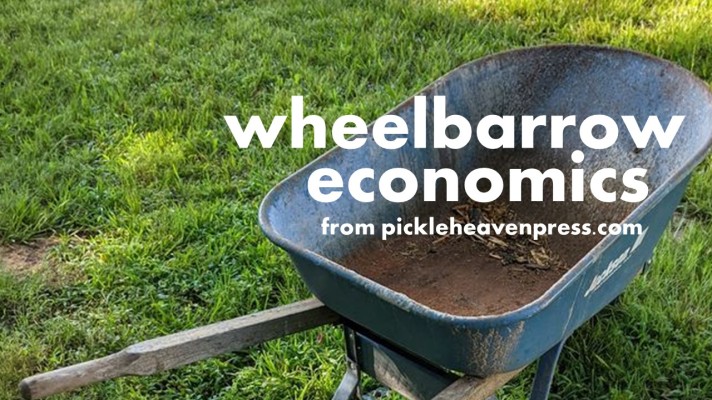 My grandson is impressed with Texas A&M University.  He is familiar with their logo featuring a big T in the center with the A&M as bookends in a smaller font.   I would copy it here, but I might get gigged by the university.

He loves the logo but isn’t reading it correctly.  He recently declared that when he grows up, he is going to attend ATM university.

Hmm? ATM?  A money dispenser could be handy when he goes to pay for his education!

A college education is pricey? But then again, what isn’t?  Where will we ever get the money to finance it all?   Could the answer be, “Give it away?”

I was converted when I was 19 years old, but my wallet was not.  It was still steeped in its heathen self-centered ways.  But my first pastor, Rev. Peter Courlas, helped me along.  He taught on money from 2 Corinthians.  It was all new to me and oh so uncomfortable.

This concept has been abused by some.

I had a friend who received a form letter from a prominent TV evangelist.  He asked for a “seed gift” of $10.   The letter promised that God would return that amount 100 times – a $1,000 divine rebate to the giver.

My friend wrote back suggesting that it would be wiser if the evangelist gave him $10, so that God would multiply it back to the evangelist.  The preacher did not reply.

It doesn’t quite work that way.  Paul explains in verses 10-11 “Now God who provides seed for the sower and bread for food will provide and multiply your supply of seed and will cause the harvest of your righteousness to grow. You will be enriched in every way so that you may be generous on every occasion, which is producing through us thanksgiving to God.” NET Bible®

God provides the seed (money) to the sower (giver) not to enrich us but to enable us to give to others.   He doesn’t give to us and expect it to remain with us.  He expects us to be a pipeline of blessing.

Maybe this will help.  The concrete truck pours the concrete into your wheelbarrow, so that you can wheel it to the backyard and dump it where you are building the patio.   But, if you return with the wheelbarrow still full of concrete, the truck is not able to fill it again.

If we are slow to pour, God is slow to refill.   Sow sparingly, reap sparingly.   God is not so concerned with the money but with what we do with it.

Well, the pastor poked me in the eye.  My new bride and I had to make some adjustments.  We decided to give a minimum of 10% of whatever we received.  We chose 10% not out of a lawful obligation but because we are math impaired, and we could figure 10%

Our income was small back then and 10% of small was even smaller – but we were faithful.  Soon after that decision, we headed off to many years of private biblical education – almost every tuition dollar came from our pockets.  We did not take out a loan.

During those years we still gave away our seed, and God was faithful to supply what we had committed to give and so much more.  We graduated debt free.

Today we continue to invest the value of that biblical education in the lives of others.

Have we ever felt financially secure?  No way!  We do, however, possess a sense of security that transcends our bank account.   It comes from years of watching God provide for us in unexpected ways.

If money or the lack thereof is an issue for you, you might want to chew on 2 Corinthians 9.

A PRAYER: Lord I am still sometimes challenged to let go of what You have given.  Help me to pass it on!

This has been Jim Johnson and pickleheavenpress.com.  The grace of our Lord Jesus Christ be with you. 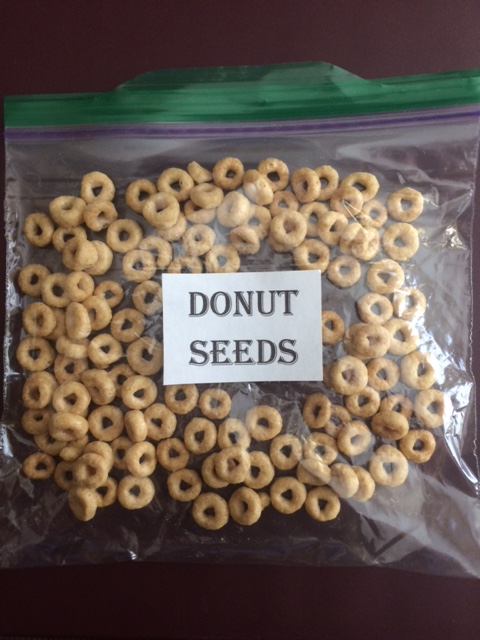 I have been known to tell an Aggie joke or two. For instance: A young man walked into a store and said, “I would like a maroon hat, white sweatshirt, maroon pants and white shoes.”  The clerk said, “You must be an Aggie.”  He replied, “Well yes sir – how did you know?  Was it the school colors I ordered?”  The clerk said, “No, this is a hardware store.”

For you non-Texans, an Aggie is a student or graduate of Texas A&M University. (Whoop!)   The school was originally named The Agricultural and Mechanical College of Texas – hence the nickname Aggies.

How can you not tease a graduate of an agricultural school?  They are actually pretty sharp people except that they tend to tell more Aggie jokes than anyone else.

When I would preach, I sometimes used an Aggie joke to cheer up my congregation of East Texans (many of whom were grads)

By the way, did you hear about the big game?  Longtime rivals – Texas A&M and the University of Texas were playing.  Late in the game, a train passed through town and blew its whistle. The UT players thought it signaled the end of the game, so they left the field. The Aggies scored three plays later.

Fun stuff, BUT I don’t tell Aggie jokes much anymore for two reasons: First: They may have been outlawed by the Hate Crimes Act and Second: because it turns out that the joke was on me.

I shared a joke at church one Sunday and a couple of weeks after, I received something in the mail from the Alumni Association of Texas A&M.  It was a fund-raising pitch.  They wanted to build a new building (or maybe fix a corral).

I didn’t think much about it, except that every other day I would find something else in the mailbox from the school.  It became an avalanche.  It was a mystery to me until I eventually got an official letter from their office thanking me for my contribution to the alumni fund.

One of my Aggie church members sent in that contribution – IN MY NAME.  What a low-down dirty trick!

The wisdom of the ages has been vindicated once again.  In 1757 Benjamin Franklin wrote, “He that spits against the wind, spits in his own face.”  (been there, done that)

In 1962, death row inmate, Paul Crump nervously coined the phrase, “What goes around comes around.”

But long before those guys, the apostle Paul weighed in on the idea. “Do not be deceived. God will not be made a fool. For a person will reap what he sows.”   (Galatians 6:7)

The context for this passage has to do with money and the way we use it.  But the principle is fairly comprehensive.  We could state it like this: “The things that we do, either good or bad, have consequences that come back to either bless us or bite us.”  Sometimes it comes as a God ordained natural consequence, and at other times through his direct intervention.

Proverb 26:27 states it in the negative, “The one who digs a pit will fall into it; the one who rolls a stone—it will come back on him.”  Sounds like my Aggie fiasco.

OK, what about the grace and the mercy of God?  Doesn’t God promise to forgive our sins?  Absolutely! And He does (which is great news for me.)   But hey, if I hit my thumb with a hammer, God can forgive me for being so dumb, but my thumb is still gonna bleed.  Right!

Proverbs 11:25 puts it in the positive, “He that watereth shall be watered also himself.” (KJV)

The sage pictured a person who goes around his community watering thirsty people as if they were desert plants.  Such kindness will be rewarded because those desert plants will be there for him when he is parched.

We reap what we sow.

If only the Aggies could learn that.  One student threw a grenade at an LSU Tiger.  The Tiger pulled the pin and threw it back.

Friend, before you click on that questionable web site, or spew some venomous words, or skew the spread sheet at work – hesitate – and remember my Aggie story and the Scripture.  We reap what we sow.

Unless otherwise noted Bible references are from the NET Bible ®