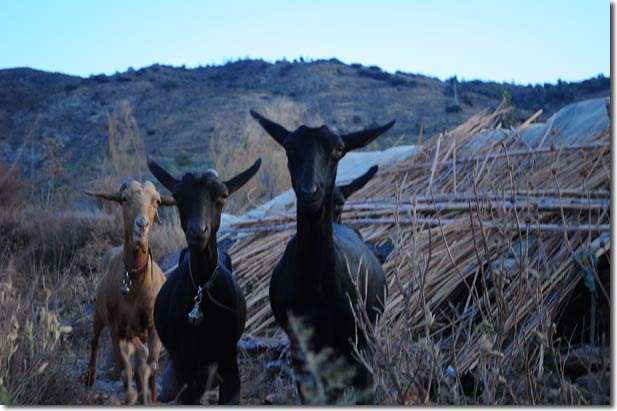 How many goats is a person worth?   That was a question that my brother Mark was recently required to answer.  You see, a while back he met a lovely woman in Bahrain who is actually from Kenya.  They began to date which required my very American brother to commute from his then current home in Saudi Arabia to see his Kenyan princess who was still in Bahrain.

All this international travel bewildered me.  I live in East Texas where we mostly just travel to Dallas to go to Six Flags to eat a smoked turkey leg.

But he burned up those frequent flyer miles and they fell in love and decided they should marry.  That’s when the story got extra complicated.

Elizabeth belongs to the Kikuyu tribe, and when it comes to marriage, the Kikuyu hold fast to their traditions.  If my brother wanted to marry her, he would need to negotiate with the village Elders over the bride price.

He made the long trip to rural west Kenya – arrived at her village and was soon taken to a room where he was left by himself.  He was only there for five hours.

During that time the Elders and her parents discussed an appropriate asking price.  Having agreed, they then summoned Mark and the bargaining began – in Swahili.

The bride price for a girl from this family was 120 goats (which is about $3,500 in U.S. dollars).  Mark countered and offered one chicken.  His possible future in-laws were not amused.

The parents were willing to haggle, but the Elders said it was tradition and the price was non-negotiable.  But they did offer to let him pay it out in installments.  Every time he came to visit the family he could bring 10 goats with him.  Pretty nice deal really – a perpetual supply of meat and milk.  I wonder how you pay the interest on a goat loan?

He agreed to the price, and decided it was actually quite a bargain, for such a wonderful bride.

Then the celebration.  Mark was given Kikuyu wedding garb to wear.  Tradition required him to feed his future mother and father-in-law as a token of his ongoing support.  He carried out this tradition by pouring a can of Coca Cola into their open mouths.  Coke must have some kind of amazing marketing department.

Mark was happy.  He was given the blessing of the tribal elders and her parents to wed his beautiful African princess.

So how many goats are you worth?

The Bible sometimes refers to the church as a bride with Jesus as the prospective groom.  The prophetic book of the Revelation says, “Let us rejoice and exult and give him glory, because the wedding celebration of the Lamb has come, and his bride has made herself ready.”  Rev 19:7 -NET Bible®

Jesus, the Lamb of God, will one day symbolically wed the redeemed of all the ages as His collective bride.  It’s His way of expressing His deep and profound love for His church.

This love story began over 2,000 years ago when, like my brother Mark, Jesus left His home, to travel to a faraway place called earth.   He came dressed in the clothing of the locals, having added the flesh of man to His incomparable deity.

But there was the bride price to pay.  In Africa, there is a well-known Swahili folk song about a young man who was desperately in love with a girl named Malaika – but they were unable to marry because he was poor and could not afford the bride price.

The cost to Jesus was even greater.  He was asked to shed His blood to satisfy the expectations of the Father.  It was non-negotiable!   He loved us enough, however, that He agreed to it – He chose to give His life on a cross in order to have His bride.

Oh how He must love us!

In Kenya, the legal guardianship of a woman is passed from father to groom when the bride price is paid.  She becomes his.

This is true of the bride of Christ as well.  He has purchased us with His life and we now belong to Him – to have and to hold, from this day forward….   – thank You Lord Jesus!

Treat yourself to a tune “Your Love” by Bethany Bergman