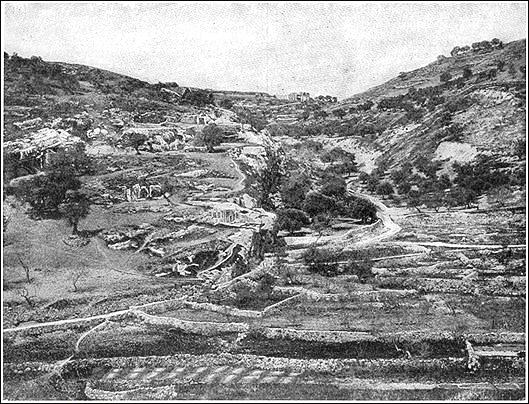 to hell and back

The first time I visited Jerusalem, our tour bus rounded a corner and I was shocked to find myself in hell.

We were passing by a place called the Hinnom Valley.  This valley had somewhat of a ghastly history.  King Manasseh of Judah had designated it as the site where children would be placed on a burning altar and offered to the pagan God Molech.  And not just any children – his own sons were put to the flame. (2 Chronicles 33:6)

Good King Josiah succeeded him and outlawed the horrifying practice.  He put a permanent end to it, by desecrating the valley.  He ordered that it be made unclean by scattering of human bones and so on throughout.

From Josiah to Jesus, the valley was used as a garbage dump. It was the cesspool of the city. Waste and refuse and the carcasses of dead animals and unclean objects of any kind were brought there to be destroyed.

Which is why there was always a fire that burned there.  24 hours a day it was kindled to dispose of the refuse.

Because of the ever-burning fire, the Jews named the valley Ge Hinnom or “Gehenna” and it became a symbol of the place of eternal torment.

Jesus made the connection between the burning in the valley of Hinnom and hell.  When He spoke of hell, he actually called it Gehenna.  In Mark 9:43 He said, “If your hand causes you to sin, cut it off! It is better for you to enter into life crippled than to have two hands and go into hell (Gehenna) to the unquenchable fire.” NETBible ®

A place of perpetual fire that burned in a place where living human beings once were also cast into the flames. That’s what Jesus used to help us understand the concept and horror of hell.   It makes sense that He called it a place of weeping and gnashing of teeth.

Ironically after Judas had betrayed Jesus, he fled to that same valley and took his own life. (Acts 1:18-19) He seemed to understand that hell is the only alternative for those who reject Christ.

So, what would you find in the valley of Hinnom today?  A desolate, ugly place full of ashes and bones?   Not at all.  The valley is covered with plush, thick, green grass and colorful playground equipment.  It is a park – a place for children to frolic and play.

Isn’t that like the God of redemption?  He saw to it that the valley where children were annihilated became a place where they are nurtured.

God is in the redemption business.  He does it with valleys and he does it with people.  He takes broken, hell bound sinners like us, saves us and transforms us into beautiful people who bless Him and benefit others.

I am grateful to Him for that and for my field trip to hell.

But I still need to tell you about the highlight of that trip.   When I rounded that corner in Jerusalem, it happened to be in the month of January, and it was snowing.  I was shocked. I wondered if Jesus’ sandaled feet had ever trudged through the snow.

But there it was.  The Hinnom Valley was covered in 2 inches of snow.  That’s when I realized that – I was there when hell froze over.