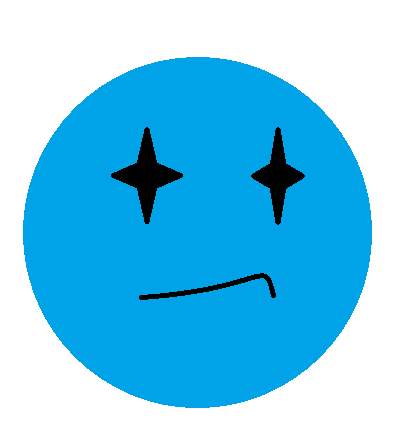 the sting of stubborn

There is a saying we have in Texas to describe a stubborn person.  Read it with your best Texas drawl, “He’s so contrary he floats upstream.”

We all know someone like that – a person that takes delight in defiance.  You try to feed your infant and he slaps the spoon away.  Plan a vacation at the beach and your husband tells you it’s the mountains or he’s not going.  The boss knows he is wrong but would rather run the company into the ground before he’ll admit it.

Sounds like me.  I was the first child of five.  It was up to me to break in my parents.  Mom told me that when I was but a wee toddler, I was very self-willed, and I was creative at it.

When I did not get my way, I would hold my breath.   No big deal, except that I would hold it until they caved.  Mom tells me that I would reach the point where my fair skin turned blue (which paired nicely with my bright red hair.)

When I went blue, mom and dad were scared into submission.  I did this often enough that mom finally took me to our family doctor (the vet refused to see me).

She explained the problem and asked what to do.  That quack told her to go ahead and let me hold my breath.

It wasn’t long before I threw another fit, took a gulp of air and held on for 1 minute – 2 minutes.  Mom stood her ground.  I was starting to turn blue and getting lightheaded.  “Surely she’ll see things my way now.”  But she didn’t.  I passed out and crumpled to the floor – and then involuntarily began to breathe again.

Later – another power struggle.  Again, she handled it as the doctor advised.  When I came to, I realized that my plan wasn’t working.  Instead of helping me get ahead, I got a lumpy head from the falls.

I am an adult now and I answer to God and I sometimes wonder about my stubborn streak.  I am pretty sure that my self-willed ways sometimes cross swords with His will for me. Does He ever fold His arms and watch as I turn blue and pass out?  Scripture seems to suggest that He does.

Proverbs 26:27 says “The one who rolls a stone—it will come back on him.”  NETBible ®    Picture a stubborn guy who is determined to roll a boulder up a hill.   He eventually reaches the point where gravity wins and turns the stone into a steamroller.  The man who pushed gets squashed.  There are natural consequences that often follow stubbornly foolish decisions.

Elsewhere in Proverbs we read, “A little sleep, a little slumber, a little folding of the hands to relax, and your poverty will come like a robber, and your need like an armed man.”  – Proverbs 6:10-11 NET Bible ®   Point?  Idle hands become empty hands.

Yep, sometimes God simply stands back and lets us experience the consequences of our stubborn choices.   He allows the pain of it to get our attention and reshape our thinking.

The wife neglects the care of her house until she sees how her habit has been reproduced in her kids.  The guy refuses to be ruled by the schedule at work until he is fired.  A dad consistently hurts his daughter but stubbornly refuses to admit it.  He stands his ground until she tries to run away.

Is it possible that the pain in your life has its roots in your stubbornness?

God wants better for us.  He loves us enough to instruct us from His Word, and to station His Spirit in us to direct us.  He even uses the perception of others to help us see what we miss.    There is no reason we must impose these self-inflicted wounds.

Rather than turning blue, we need to turn to the Lord.  Be stubborn no longer.  Enjoy His good and generous plans for you.

A PRAYER: Lord help me to be stubborn about listening, learning and letting things go when it’s needed