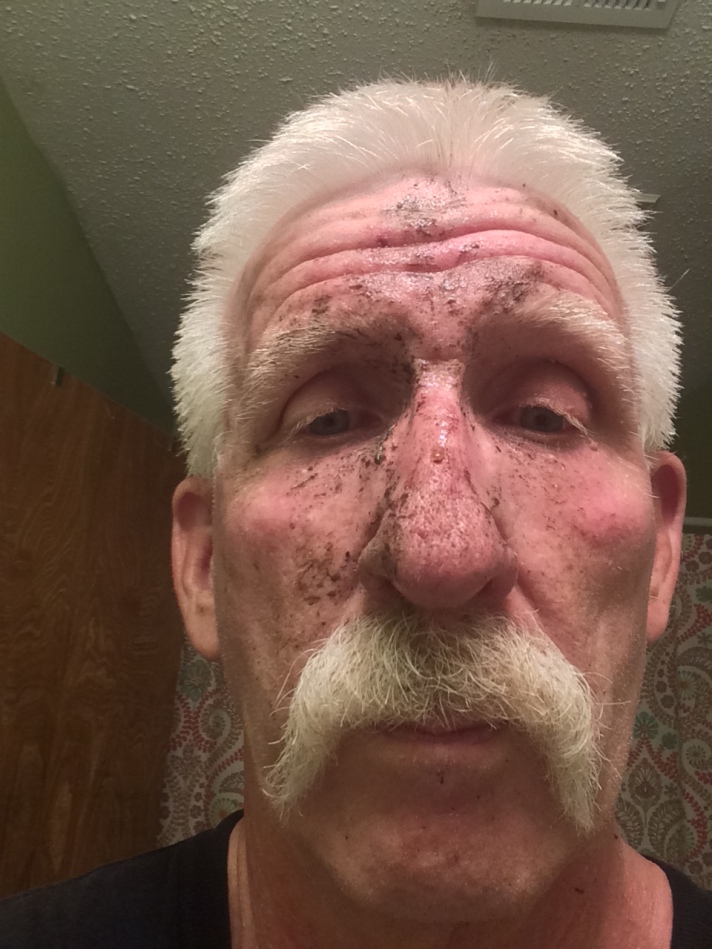 I both love and dread teaching the Bible.  My main complaint is this: God often takes the topic I plan to teach and allows me to experience it in a fresh way.  Why?  So, my message rings with authenticity – I guess.

If I plan to teach on patience – I end up standing in two feet of water with a plumbing issue that refuses to be fixed.   If I plan to speak on parenting, I hear from a frustrated teacher about one of my kids. This is why I have avoided preaching from the book of Job.

One time, I planned to preach about our adversary the devil.  What was I thinking?  I was reviewing my notes just before the service, but I also needed to visit the men’s room.  I did both at the same time (back to the patience issue)

I am pretty sure it was the devil who took the notes from my hands and dropped them in the toilet.  They were quickly saturated with sickly water.   Unfortunately, word processors weren’t invented yet.  So, I frantically worked to rescue them with a hairdryer.  After I had delivered my message someone told me it stunk.  I believed them.

Recently I’ve been preparing to teach on the temptation of Christ.  It was the devil’s plan to derail Jesus’ mission of redemption.  His third attempt is found in Matthew 4:8-9

“Again, the devil took him to a very high mountain, and showed him all the kingdoms of the world and their grandeur. And he said to him, “I will give you all these things if you throw yourself to the ground and worship me.”  NET Bible ®

They stood high atop Mount Hermon.  From there they could see many of the nations of the world of that day.  The devil said, “Worship me and this will be yours.”

Jesus was promised this same inheritance by the Father.  But to gain it, He would have to endure 3 years of ridicule and rejection and then be nailed to a brutal cross and die.

The devil offered Him a shortcut – an easy path to power – no ridicule – no cross.  But, had He taken that shortcut; He would have forfeited everything.  Had he stepped out of the will of God; we would still be lost in our sins.  He said no!

The devil uses the same devices on us.  He wants to cheat out of what is rightfully ours, by tempting us to obtain it by shortcut.

The guy didn’t finish college but awarded himself a degree on his resume.  It worked fine until HR found out.  Now he’s looking for another job and finishing out his course work.

Her daddy told her to save up for a car, but she was impatient.  She took what little she had and bought as much car as she could get.   It ran for 7 months until engine locked up.  Now she has no car and no money.

As a young Christian I gave when the basket was passed – just a couple dollar bills to give an appearance.  I had an excuse – my income was insufficient to cover my bills.

My pastor taught me to be a responsible giver.   So, my wife and I made a commitment to return at least 10% of our income back to the Lord.  From that time to this, we have consistently had enough to cover our expenses.   The shortcut hurt us until I obeyed.  It was then that God saw that our needs were met.

So, my Wednesday lesson was going to be on shortcuts.  But I needed to trim our trees before then.  One branch was beyond my reach and I didn’t want to get down and move the ladder.  So, I stretched and stretched until I lost my balance and dropped 6 feet, landing flat on my face in the dirt.  Which is often par for a shortcut.

On the positive side: It gave me a good illustration for my teaching.  The negative: I ached for a couple of days and the doctor may have said that I have amnesia, but I can’t’ remember.

As I close let me rescue my point.  The devil is a tricky sort.  He offers us shortcuts to the things we desire.  He did it to Jesus and he does it to us.  Tell him no and do it God’s way.

A PRAYER: Lord your way is not always the quickest, but always the best.  Help me stay the course.