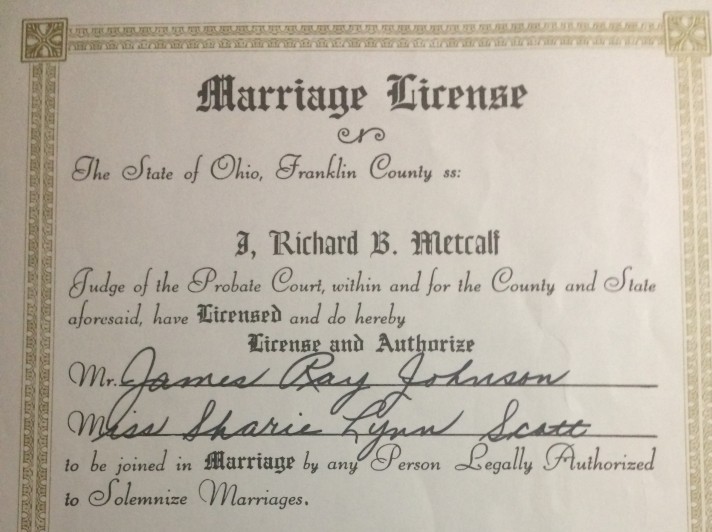 the habit that saved our marriage

We said, “I do” in August. By October our bliss had become a blister.  I got a clue the day she melted into a pile of sobbing mush.

We talked and tried to unravel the problem.  My sarcasm fueled her insecurities.  She didn’t laugh when I said the meatloaf looked like an old shoe (tasted good though).

Problem was, she hid her hurt.  Instead of arguing with me, she argued with herself.  She was thinking, “He didn’t really mean that – I don’t want to rock the marriage boat – if I point out his mistake, he’ll point out mine” and “I don’t want to seem like a baby.”

She would talk herself into silence, but the hurt remained.  It raised a tiny emotional blister on her soul.  The longer she ignored it, the bigger it got until that day it finally popped and created a yucky mess.  I confessed that I also hid my hurts.

We loved each other – didn’t want to hurt each other, so we went to Ephesians 4:25-27 for some help.

Paul wrote, “Therefore, having laid aside falsehood, each one of you speak the truth with his neighbor because we are members of one another. Be angry and do not sin; do not let the sun go down on the cause of your anger. Do not give the devil an opportunity.”  NET Bible ®

Some people “clam up” when they are hurt (which was our problem). Others “blow up” (which is where we would eventually end up) but what we needed to do was to “speak up.”

Anger is the way God designed us to respond to injustice.  There is no sin in that.  But to clam up or blow up is a sinful response to that anger.  We needed to speak up.

But when?  If the hurt had not been handled earlier in the day, then the time of reckoning is the end of each day.  “Do not let the sun go down on your anger.”

There is a price for those who hold onto their anger.    Paul said it gives the devil an opportunity to erode the relationship.   A hurt creates emotional distance.  The longer the hurt goes unaddressed, the greater the distance gets between us.  We can end up asking, “Why did I ever marry that person?”   And yet an honest, loving conversation can thoroughly remove any distance.

My wife and I are simple people, so we decided to end every day with a checkup.  We would pray with each other, and read the Word, but before any of that, I would ask her, “Have I done any badness today?”   (don’t laugh – the word badness worked for us.)

She didn’t have the courage to initiate the discussion.  But, because I did, she felt like I sincerely wanted to hear how I might have impacted her.   I still had to do a little coaxing, but she would then open up and tell me she was hurt when I left her alone at the party.

I was shocked!  It didn’t understand why that would hurt her, but we talked, I learned and then apologized.  She would then ask, “Have I done any badness?”  I would share, she would learn as well.

Unfortunately, we were often up past midnight that first year of marriage. But we were committed, and we saw the fruit of our habit every day.  It helped us to learn and adjust.

In fact, we found the habit to be so valuable that we will do it again tonight (as we have every night for the last 44 years.  We will ask again, “Did I do any badness?”

But we probably won’t have anything to share.  You see we got tired of having midnight discussions – so we chose to change.  As we changed there was less to talk about.

We still err, but we have enjoyed such peace and intimacy in our relationship, that we now deal with hurts more promptly.  I love being at peace with my wife – can’t stand it when I’m not.

Sorry – this post is not all that funny – but it may be the most important piece I have ever written.  Because, many if not most marriages suffer because they haven’t learned to speak the truth in love to one another.

If you are married and you are not regularly experiencing this level of honest conversation, your marriage is hurting, and you just don’t know it.

I would challenge you to find a way of implementing Eph 4:25-26.   Feel free to do what we have done.  We are committed to do it until the Lord takes the first of us home.  If you do it, we would love to hear about it.

A PRAYER: God give me the humility and the courage I need to open myself up to my spouse, that together we might build an even better marriage.