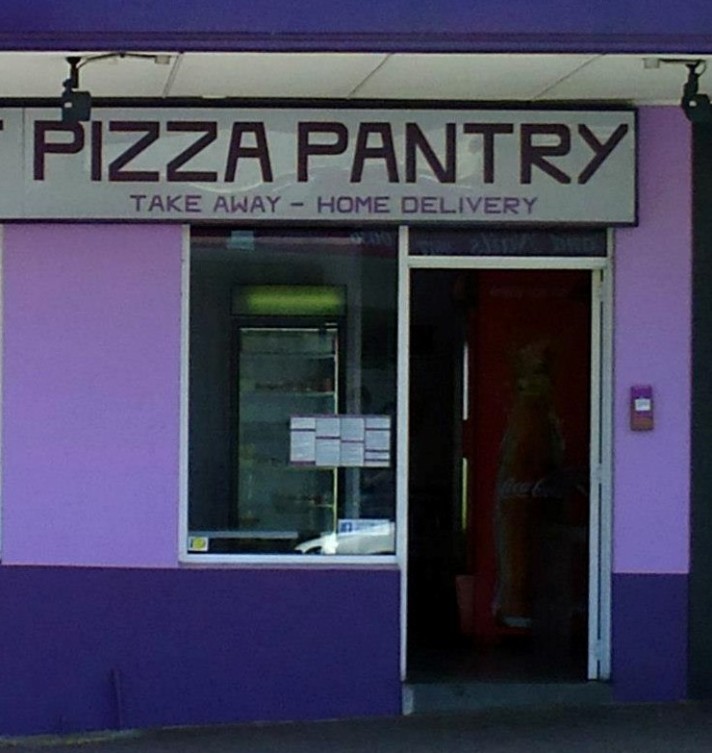 Have you seen that list of church bulletin bloopers and wondered, “Did they just make that stuff up?”   Well, I was a pastor and I have an authentic collection of my own.

My sermon notes were supposed to say, “the Most High God.”  But this is what came out – “Jesus was the Son of the Moist High God.”  Evidently there is a humidity problem in heaven.

I cited a Miranda Lambert song in a message, “You’re Running with the Fastest Girl in Town.” My spell checker rendered it this way, “You’re running with the fattest girl in town.”   Oops.

One of my most embarrassing typos happened when I was still preparing for the ministry.  During that time, I was also a printer, serving the needs of the Bible college and the community.

One day Linda dropped by.  She was opening a new pizzeria in town and wanted me to create menus that she could distribute door-to-door.

It was a fun job.  I did the typesetting and used a font with flourish. Black and red ink gave it an Italian pop.   And at the top of that 11 x 17 sheet was the name: Linda’s Pizza Pantry.    She gushed over the finished product and I was proud of my work.

She then gathered her troops and delivered one to every household in our hamlet of 5,000.  At the end of the day, however, she returned with the leftovers to point out a typo.

One letter can make a huge difference!

The resurrected Jesus stood before Thomas and told him to put his finger through the gaping holes in his hand.  This was evidence that Jesus had died, but the voice speaking to Thomas was evidence He was alive.

His faith took a giant leap forward.  He said to Jesus, “My Lord and my God.”   (John 20:28)   He was stunned as he recognized and then affirmed the Deity of Jesus.  Thomas essentially said, “Wow, You are God for sure.”

His words became one of the foremost confessions of faith in the New Testament.

BUT one errant letter could have wrecked it all.  The word for God in the original language of the New Testament is “Theos.”   So, what if John had been sloppy when he recorded his Gospel?  What if he had accidentally added a letter to “Theos” to get ”Theros” instead?

“Theros” is the word for summer.   So, Thomas would have gone on record as saying, “My Lord and my summer.”

Ah but it didn’t happen.  It couldn’t happen.  Why?  Because the words that John wrote were precisely those that God wanted to have written.  According to 2 Timothy 3:16. “Every scripture is inspired by God.” -NET Bible®.

The word inspired literally means “God breathed.”  Which is to say that God penetrated the hearts and minds of those who recorded the Scripture with His precise words.  They were put to ink exactly as they were given.  The passage says it applies to every Scripture.

Once the Scripture had been revealed, it was faithfully preserved.  The Pharisees tried to argue away the truth, but Jesus said, “The scripture cannot be broken.” – John 10:35 -NET Bible®.    He didn’t allow the critics to side-step the words of Scripture simply because they retained the authority of having been God breathed.

Today we have Bibles, which continue to preserve the original and exact words that God first gave to Moses, David, Matthew, Paul and so on.  People who according to Peter, were carried along by the Holy Spirit when they spoke the very words of God. (2 Peter 1:21)

I recently scoured the net looking for Linda’s Pizza Pantry.  Alas, it appears she may have closed her doors.  (I hope that wasn’t my fault!)  Not a problem with the Scripture. It will be around for eternity.  (Isaiah 40:8)

So, forget that pizza you are thinking about right now, and taste the truth of the Scripture instead.  It has directed mankind in the past and will carry us into the future.